I passed out business cards to much of my college's freshman class during my first month of undergrad. 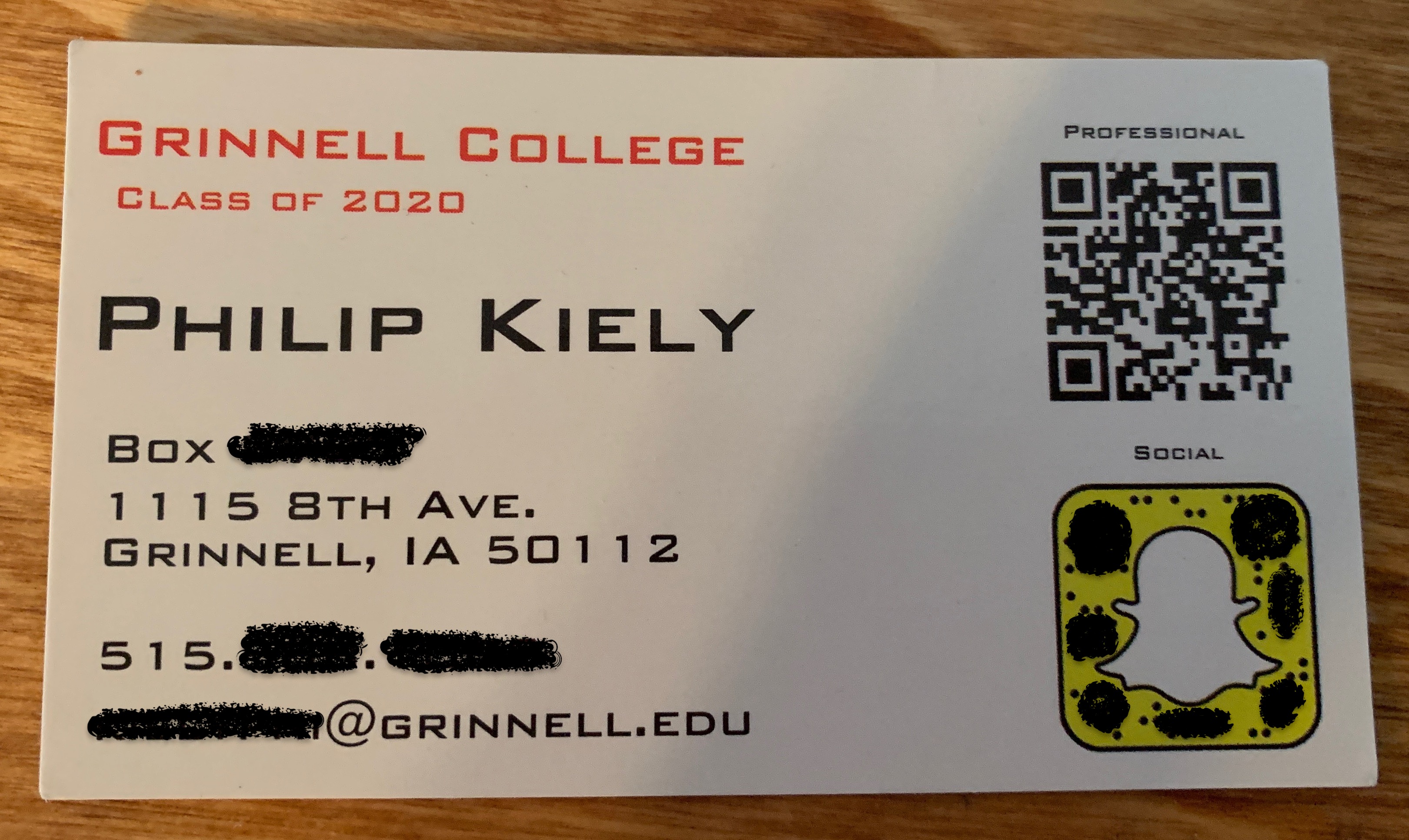 I showed up on campus with 500 of these colorful cardstock rectangles. Every morning during new student orientation, I loaded a stack into my pocket and handed them out. I passed them out like flyers waiting in line. I palmed them in handshakes like a discreet tip. I left them on peoples' trays in the dining hall and on desks before class.

I called them friendship cards.

Not everyone was amused or endeared by the cards. Some people found them just plain weird. Even offset by the exuberance and awkwardness of being the youngest person on campus, the gesture often failed. But in a small school of quirky, bright kids, the success rate was high enough to keep doing it.

It's not hard to be well-known in a school of 1,600 people, but I achieved rapid notoriety for handing out these cards during any social occasion. People soon started coming up to me to ask for one. Back when it was the messenger of choice, I had a bevy of contacts on Snapchat. Let me be clear: I was no social expert my freshman year. But, by the end of the year, I had a stable network of friends that I maintain to this day.

It's fair to ask why I had these cards in the first place. My mother had a coupon for 500 free full-color business cards from Vistaprint; all I had to pay was five dollars for shipping. Initially, I planned to make a professional card to use at job fairs and so forth. I don't recall how the idea came to me to make contact cards for making friends, perhaps it was a serendipity of the online layout tool. But once the notion was in my head, it held firm.

I didn't hand out every card freshman year, so the cycle repeated three more times, though I grew more targeted in how I handed them out as my supply dwindled and my social network solidified. They became a running joke, a callback to before we really knew one another. In my third and fourth years, the cards were more often invitations: "Hey, you seem cool." Always, they've been a promise—you can reach me if you need to.

Would I have made the same friends without this gimmick? I imagine so. I had plenty of other ways of expressing myself while navigating iterations of the college's social scene. But friendship cards got my contact information into people's hands and likely accelerated connections on the margin.

Usually I write about business or technology on here. I suppose I could turn this into an allegory about marketing or a predictor for one of my then-future successes. You're more than welcome to do so. I hope there's something meaningful there. But this time, for this story, I'll let it rest on its own merits.

Four and a half years later, I imagine there are a few remaining cards left drifting through my possessions, but I couldn't find one to photograph for this post. My phone was similarly bereft. I asked in a group chat if anyone had a card that they could take a picture of. It seems as though most cards have been lost in a dozen moves to and from various dorm rooms and summer jobs and first apartments. That's okay. They did their job.

Postscript: My sister had a friendship card in her possession and contributed the photo at the top of this post.